Promevo was founded in 2001 in Burlington KY, and they have been providing hardware and software to businesses, as well as schools. Today they are one of the top Google Resellers for Chromebooks and Google Workspace.

With the end of life of Magento Community, the Promevo team selected Magento Open Source as the platform for their new eCommerce site. Promevo began work on their new site with another agency before reaching out to Kadro after they felt no progress was being made. After completing assessments with multiple agencies, Promevo felt most confident in Kadro and work began to take the site live. 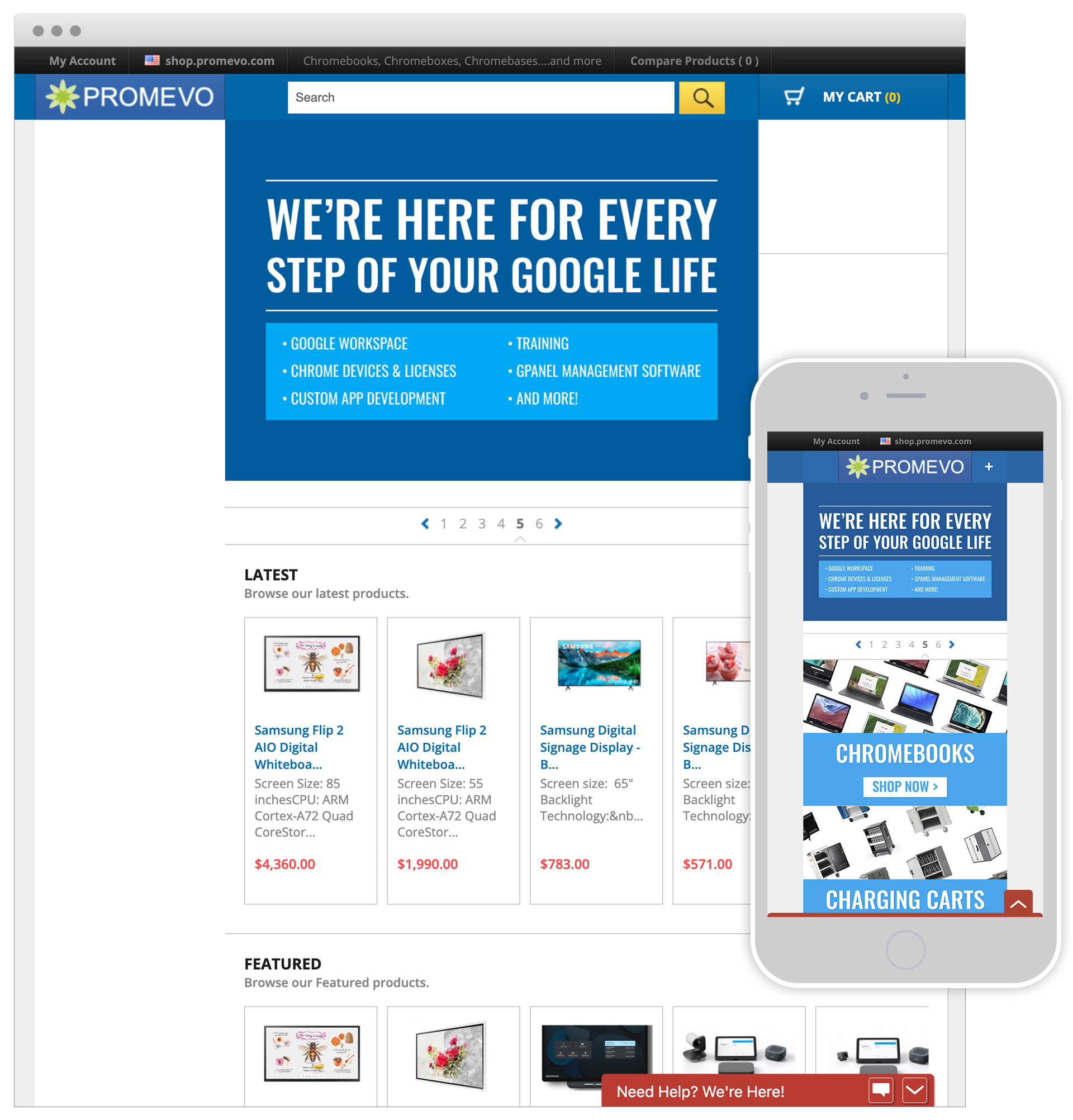 After completing the code assessment, one of the major requirements was finding Promevo a hosting solution that met their strict security needs. Kadro had a few partners that Promevo was able to vet and they decided on partnering with Webscale.

The Kadro team was able to ensure all extensions in place were necessary, as well as cleaned up the custom coding that was already done. Kadro was then able to test the site with Promevo’s data rather than test data and migrated their Magento instance to Webscale.

Become one of our many satisfied customers who've chosen Kadro to provide best in class eCommerce solutions.